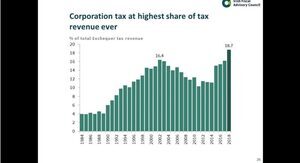 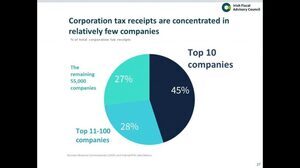 The Irish Fiscal Advisory Council published its Stability Programme Update 2019 with chair of the council Seamus Coffey giving a presentation on the same (video link above).

Mr Coffey has also helpfully tweeted a synopsis of this thoughts on the report.

Thread by @seamuscoffey: “The latest report from @IFAC_ie was published this morning. There is a huge amount of analysis in it and is available from: fiscalcouncil.ie […]”

The 176-page report can be read in full here.

Estimated cost of National Children’s Hospital has doubled in six years according to @IFAC_IE report, & cost of Broadband plan has overrun by 500% 👇 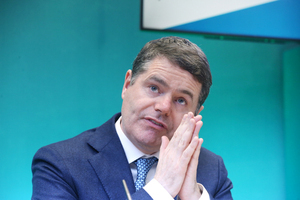 It’s only the entire Irish economic model at stake.

Government sources said Minister for Finance Paschal Donohoe would “dig his heels in” at next week’s meeting, though senior figures acknowledged that Ireland was “under the cosh” on the issue.

Dublin fears that if the tax goes ahead it would establish a precedent which would in time undermine Irish tax sovereignty and severely undercut the Irish economic model of attracting foreign direct investment.

….Documents prepared by the commission in advance of the meeting leave little doubt about the importance that Brussels attaches to the issue. It says that the commission is determined to ensure “fair taxation” of the digital economy, with the current regime seen as “inadequate’. 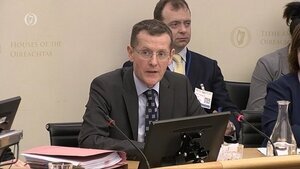 “Eight out of the 100 companies with the highest taxable income had an effective tax rates of zero, including some which had negative rates, ie instead of paying corporation tax, they received rebates.

A further five had an effective rate of less than 1%

These very low effective rates reflected the use by the companies of significant tax credits and reliefs in particular double taxation relief and research and development tax credits.” 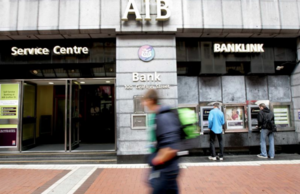 AIB will not pay a cent in corporation tax for more than 20 years, despite making €814m profit in the first half of this year, writes Daniel McConnell.

…The anomaly has come about because the bank has a so-called deferred tax asset of €3bn, which under tax and accounting rules allows it to offset previous losses against future tax bills.

In 2009, the then finance minister Brian Lenihan sought to prevent bailed-out banks carrying massive historic losses into the future as assets. However, in 2013, Michael Noonan reversed the rule change. 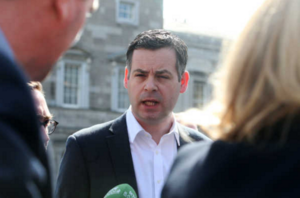 Further to the announcement from Finance Minister Michael Noonan that Ireland must pay an additional €280million to the EU next year – because of the recent GDP growth of 26.3%, as recorded by the Central Statistics Office…

Sinn Féin TD and finance spokesman Pearse Doherty and Stephen Collins, political editor of The Irish Times, spoke on Today with Seán O’Rourke about the development.

Seán O’Rourke: “Pearse Doherty, are you assured by a comment from the Public Expenditure  and Reform Minister Paschal Donohoe on Morning Ireland, saying that bill has to be met, as a result of our EU membership, it will not influence the spending plan for Budget 2017.”

Pearse Doherty: “Well, Minister Noonan actually provided me with this figure on Tuesday, €280million additional and made that point that it doesn’t affect our fiscal space. And this is about just how the rules are applied and the fiscal space has been agreed in April and therefore it’s set. It will have an impact next year and that’s where we need to actually tease out how we calculate the fiscal space for next year. But I think there’s a deeper issue here and me in Sinn Féin and myself, in particular, have been challenging the previous government on this, since 2013. Our economic, the way we calculate our economy is absolutely broken, it’s bust in this country. It’s been a way out for quite a long number of years. We all agree that the 26% isn’t real, but neither was the 7% that we were suggesting was happening last year as well because the same type of factors were at play. At a lesser extent.”

“But the fact that we’re actually paying more to the European Union budget as a result of this year isn’t something new. I have figures going back to 2010, as a result of redomiciled plcs – these are companies  that were domiciled in Ireland but don’t pay any tax here. And the actual additional contribution that we had to pay to the EU budget every year, because of that average, between €45 and €60million per year. So this is something that’s been going on, over and over again. In 2014, when we started to, we raised our GDP figures because of the activities of illicit trades that’s, you know, prostitution, drug sales and all the rest which gives us a bump in GDP, we actually had to pay €6.5million to the European contribution.” 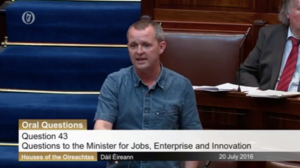 He was speaking during a debate on corporation tax.

Mary Mitchell O’Connor: “Last April, the European Commission adopted a proposal for a directive to introduce public country-by-country reporting of corporation tax by large multinational enterprises.Since then, my Department has been considering the detail of the proposal and consulting with stakeholders. The Department also ran an open consultation in the course of last May. The task of assessing the proposal is continuing and, at EU level, the negotiations have begun. Although they are at an early stage, it is clear that the proposal raises a number of practical, legal and technical issues. These will need to be addressed over the coming months. Until we know the scope and content of any final EU measure, it is too soon to consider national measures on this type of public reporting. However, Ireland is already to the fore in introducing similar reporting obligations for large multinational companies. Under the Finance Act 2015, certain Irish-resident parent companies and subsidiaries of non-Irish companies must file a country-by-country report on tax with the Revenue Commissioners each year. The first of these reports are due to be submitted to the Revenue by the end of next year. Several countries, including the US and all EU member countries, have committed to introducing this form of country-by-country reporting and to sharing the information among their tax authorities.”

Boyd Barrett: “The Minister may have heard this week that we are already paying a big price because of aggressive tax avoidance by multinational corporations. We will have to pay an extra €280 million to the EU this year because of the artificial inflation of the growth figures. Already, even before that, our contribution to the EU is grossly inflated and distorted because it is, in proportion to population, double that of countries such as Portugal and others due to the tax avoidance strategies of multinationals based in this country. It is in our interests to have public country-by-country reporting of the big multinational companies to stop them engaging in aggressive tax avoidance. Yet, incredibly, when offered the opportunity to do that by the European Union, we used the spurious excuse of subsidiarity to reject that proposal. What the Minister seems to be saying is that we cannot do it on our own. I agree with that, but why the hell did we not sign up to a pan-European proposal to do it, instead saying that we could not sign up to it because it infringes our sovereignty? It does not make any sense.”

Mitchell O’Connor: I reject tax avoidance. We cannot do it on our own. If we were to publish the figures the Deputy is referring to, it would allow some companies to gain a possible commercial advantage over others because matters would be deemed to be commercially sensitive. Other jurisdictions might not share the information with us if they knew we were going to publish the reports. It would not help the tax transparency agenda and a system of country-by-country reporting. I cannot do it.

Acting Chairman (Deputy Catherine Connolly): I thank the Minister. That brings Question Time to a close, and we are moving…”

Boyd Barrett: “There are 21 seconds remaining.”

Connolly: “We are moving on. I asked for the Deputy’s co-operation. I have three different clocks here. I am going to move on to Topical Issues.” 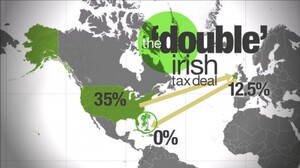 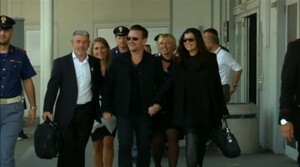 No longer do we see old fellas in flat caps on stools suppin’ pints of stout, with an uilleann pipe soundtrack.

It’s all tax avoidance and Bono.

These are the U.S. companies relocating to avoid U.S. taxes http://t.co/AbX3S7ArjY pic.twitter.com/cohN8TwLZ1 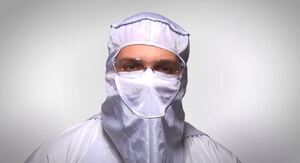 Claiming Ireland’s workforce is the most diverse in Europe is beyond ridiculous. And “the most talented” WHAT DOES THAT EVEN MEAN? UGH.

You may have missed this video from American Chamber Ireland from last October which champions their message about US companies and FDI (Foreign Direct Investment) in Ireland.

No need to cover your face, dude.

“We have some superb graduates working for us, but there are others who arrive in and have a sense of entitlement that I wouldn’t have expected to see,” she said. “Whether it’s because they grew up in the boom and perhaps didn’t have to work too hard at that stage I’m not sure, but there is a sense that because they have a degree, then we should be grateful to have them.”

Louise Phelan of PayPal, who was recently appointed president of American Chamber Ireland. 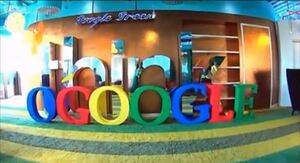 BBC3’s satirical reality show The Revolution Will be Televised on Monday took Google’s favourable tax status with Ireland to its logical and shame-making conclusion. 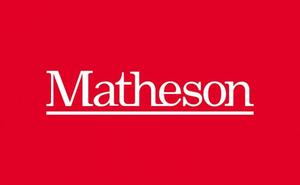 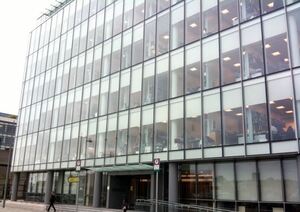 “At least 125 U.S. companies have registered several hundred subsidiaries or investment funds at 70 Sir John Rogerson’s Quay, a seven-story building in Dublin’s docklands, according to a review of government and corporate records by The Wall Street Journal.”

“The common thread is the building’s primary resident: Matheson, an Irish law firm that specializes in ways companies can use Irish tax law.”

“The building and its myriad occupants underscore the size of the task faced by revenue-hungry national governments hoping to plug leaks in their tax systems. The issue has engaged not only the U.S. Senate, which held hearings on it in May, but the Group of 20 leading industrialized nations and the Organization for Economic Cooperation and Development.”

“The chasm in tax rates between Ireland and other countries is big business for the Matheson law firm. “The number of companies with registered offices at our headquarters is a natural corollary of our leadership in serving international businesses,” it said in a written statement.”

“U.S. companies can take advantage of Irish tax law in a variety of ways. Matheson didn’t answer a number of questions about the legal services it provides.”