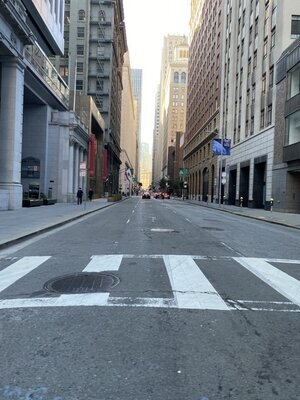 This is downtown San Francisco.

For seven years (’11-13, ’15-20) I went downtown to work. I’ve worked in SOMA, Mid-Market, Financial District. I loved getting ready in the morning, packing up my work bag, and heading downtown to work.

All my friends here in SF are working from home. Some go into their offices sometimes but they say it’s just too eerie. Three people in a space built for 60.

What is happening to all the local businesses? The taco trucks? The falafel shops? The salons? The after-work bars? The catering companies? The florists? The janitorial staff? The lunchtime restaurants? The bodegas? The shoe shiners? The liquor stores?

How are the landlords staying afloat and paying their bills? Are the tech companies paying full rent? How are the REITs and commercial landlords balancing their books?

Something isn’t adding up. How is San Francisco solvent right now? Is it because we received so much federal aid?

Something here is off… 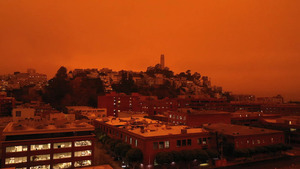 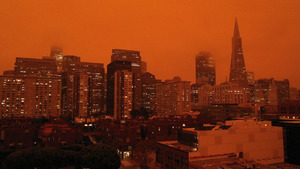 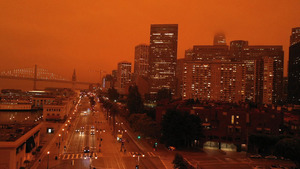 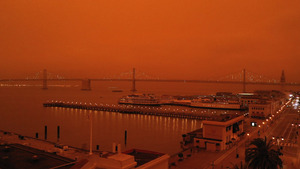 An apocalyptic dawn sky over San Francisco on Wednesday caused by ash from the rapidly growing Bear Fire near Chico. 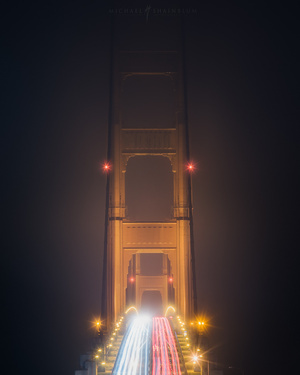 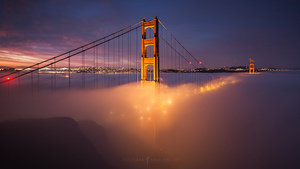 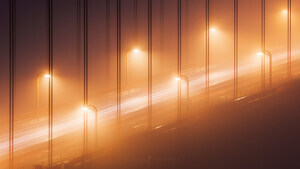 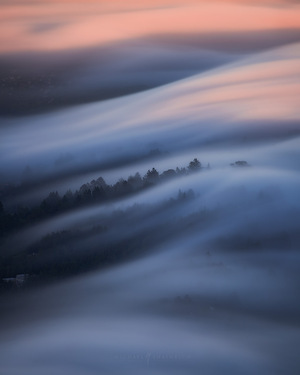 Symphony Of The Fog – an ongoing celebration of the fogs of San Francisco by photographer Michael Shainblum, who sez of it:

The Fog in the bay area feels like it has a mind of its own. The fog can often times disturb a beautiful sunny day and cover the sky with darkness. There are mixed feelings about the fog, many residents finding it a huge inconvenience and depressing. Where as many residences embrace the fog and its erratic behavior. 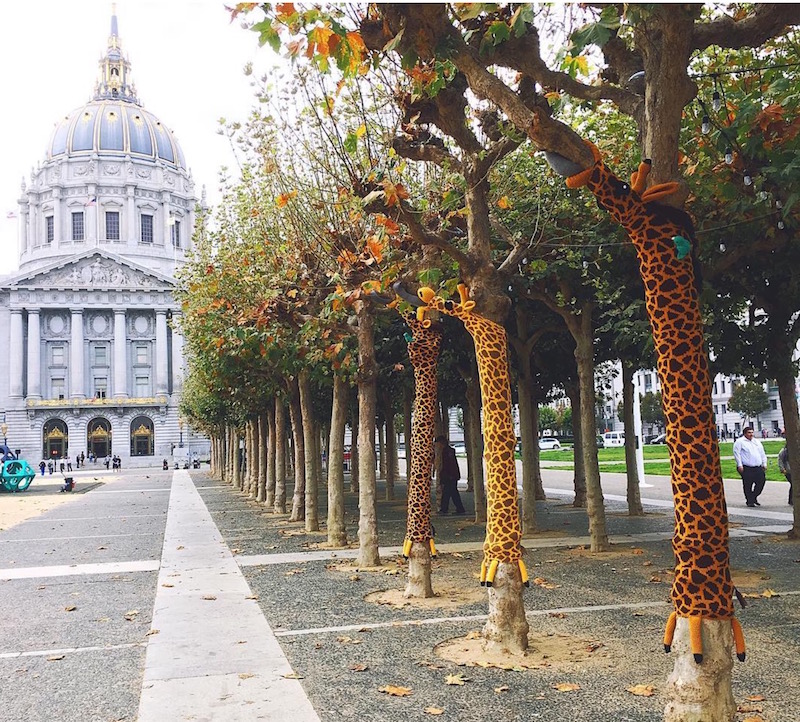 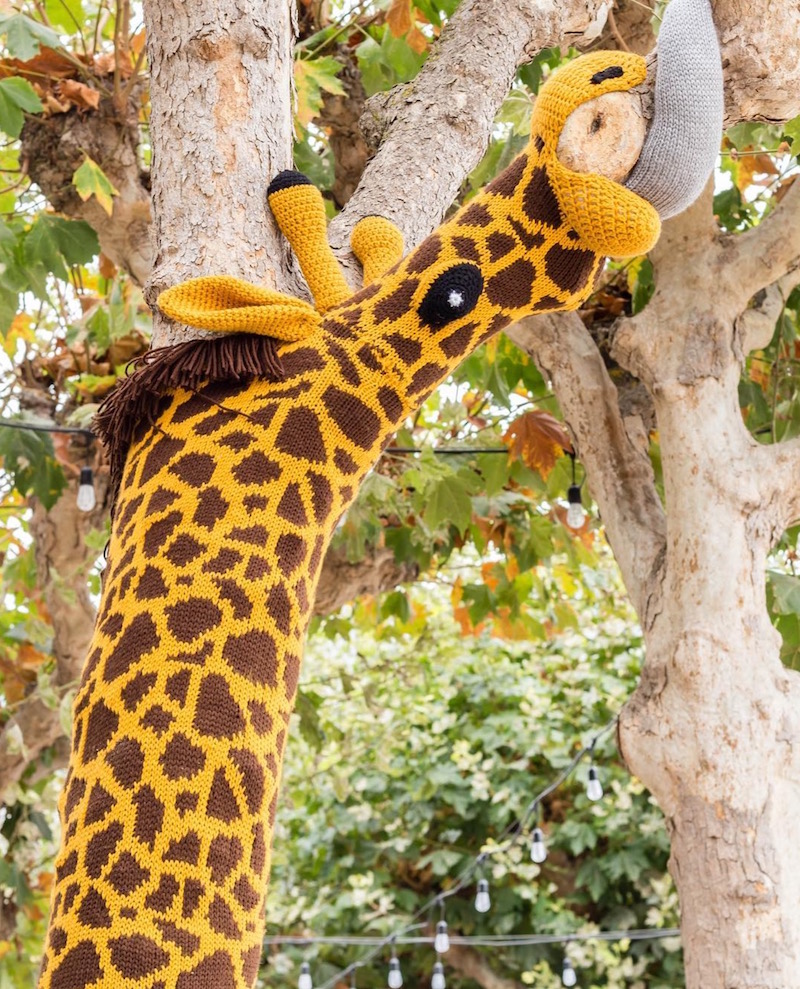 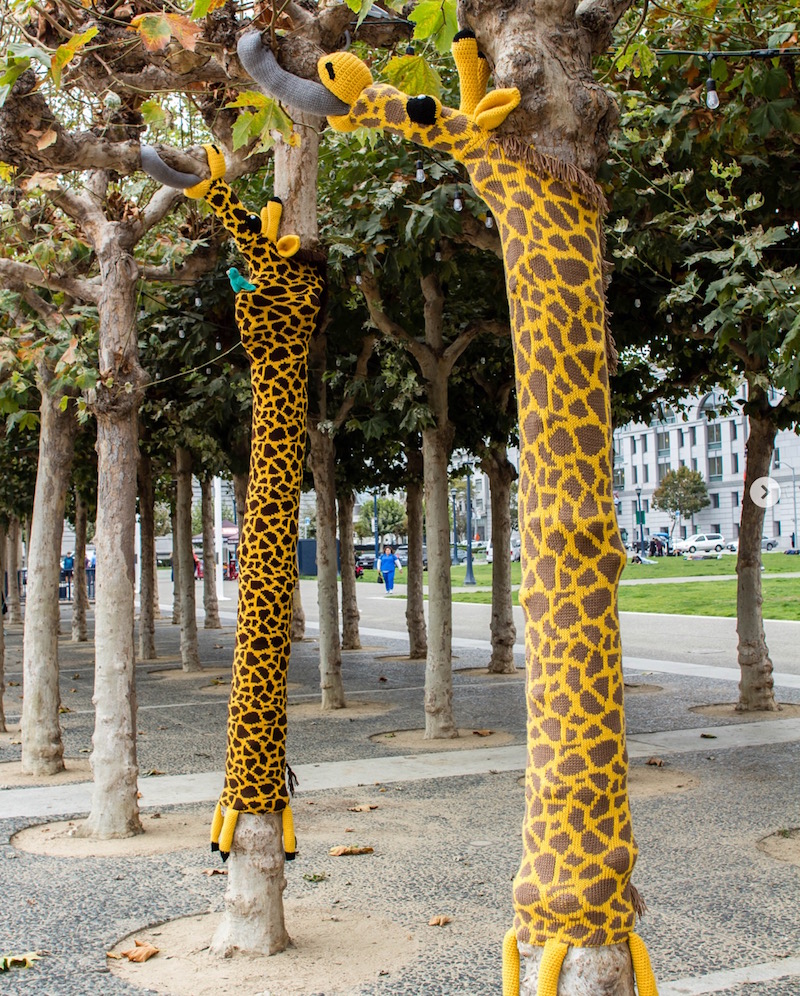 Sure isn’t it well for some? 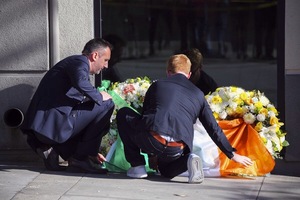 The scene yesterday (above) at 2020 Kettredge Street, Berkeley, California

But the work-visa program that allowed for the exchanges has in recent years become not just a source of aspiration, but also a source of embarrassment for Ireland, marked by a series of high-profile episodes involving drunken partying and the wrecking of apartments in places like San Francisco and Santa Barbara..

The program has been a source of discomfort. James Howard, 24, who went to San Diego in 2011, said it was basically “party central.”
“There were 18 of us sharing a two-bedroom apartment, and the hundreds of Irish students around us were in a similar situation,” Mr. Howard said.

“It was my first time away on my own for any length of time. I’m glad I did it, but once was enough,” he said.
Cahir O’Doherty, the arts and culture editor of The Irish Voice, wrote a column in 2014 expressing distress at “the callous destruction unleashed by these loaded Irish students” of a house rented in the Sunset District of San Francisco.
“If you know the city you’ll know Sunset is one of the more desirable locations in which to buy a home,” he wrote. “So those J-1 students actually caught a big break by being rented to in the first place. Nice payback, guys.”

“They ripped chandeliers from the ceilings, they broke doors and they smashed windows; they even punched holes in the walls,” he wrote. “Then they abandoned the place without a heads-up or a word of apology.”

Previously: ‘All Irish. All Gone’ 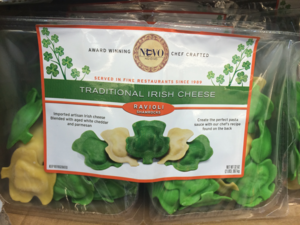 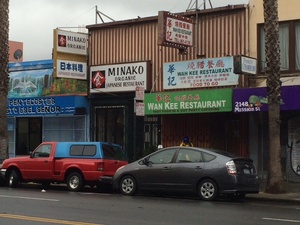 Wan Kee restaurant in the uber trendy Mission neighbourhood of San Francisco. I was thinking of opening up a franchise in Ranelagh.

Anything good in the the Francisco Examiner? 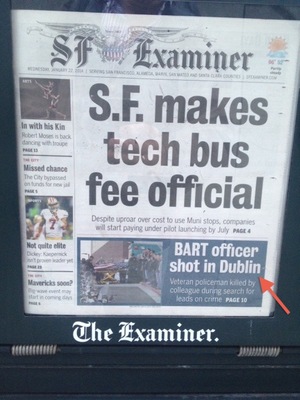 “Everyone Relax. It’s a DIFFERENT Dublin…” 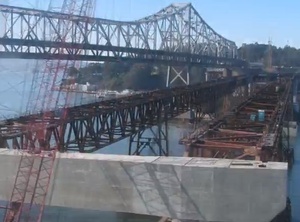 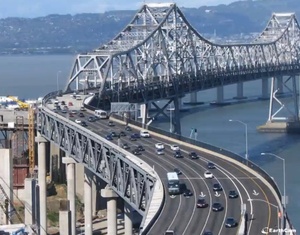 A HD timelapse of the construction of the new Eastern span of the San Francisco-Oakland Bay Bridge assembled from images captured by Earth Cam over the last five years.

42,000 hours of construction in four minutes.

Worth his every 5am start.