Symmetrical silhouettes from Sandymount Strand. Just after 4am [Sunday] morning before the cloud rolled in, a perfect start to the day in Dublin Bay 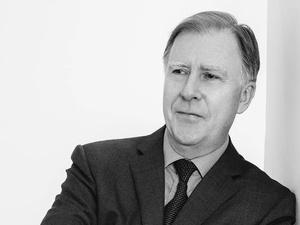 Building on Dublin’s Sandymount Strand and the Tolka Estuary could provide enough homes for 150,000 people, the president of the Royal Institute of the Architects of Ireland (RIAI) has said.

David Browne, a director of RKD Architects, said the beach and estuary lands should be reclaimed from the sea for dense, sustainable apartment neighbourhoods, which would provide affordable homes over the next 50 years.

Dublin MEP Ciaran Cuffe thinks it could be damaging to the environment.

“I think it’s very controversial,” said Mr Cuffe. “Personally, I don’t think it’s viable. It involves building in the Dublin Bay biosphere which was a Unesco designation a few years ago.” The public have been warned not to swim at Sandymount Strand and Merrion Strand and the beaches are expected to remain closed for the rest of the summer.

The two Dublin strands are among five beaches closed because of an emergency sewage overflow due to a mechanical or electrical breakdown.

A temporary breakdown at a pumping station resulted in a discharge to the Liffey, according to Dublin City Council… “Water samples taken at Sandymount Strand [Sandymount, Dublin] and Half Moon Swimming Club (South Wall) on Monday indicated that the water quality at these locations did not comply with the minimum standards set down for Bathing Waters.
A further sample has been taken today the result of which will be available on Friday. If the water quality is in accordance with the required standards the prohibition notice will be lifted.
Dublin City Council has not, as yet, determined the cause of this event but is carrying out further investigations in this regard. Bathing water quality can be temporarily impacted by factors such as weather and tidal conditions, faecal matter from dogs and birds and temporary overflows from drains. This can result in a temporary fall in water quality….” Two months ago I decided to pack in my day job to follow my dream to become a full time yoga teacher. I have got a great response so far and I’m so grateful to all my students who come to my classes every week. I think your readers would like this little video I made of an outdoor yoga class on Sandymount strand (I run a similar class on Dollymount beach too) I started running two weeks ago. Lets hope the weather stays somewhat agreeable so we can all enjoy our beautiful city in the sun! Beth (right) with some of her students on the strand post-yoga. …took these today at Sandymount / along the Bull Wall [Dublin]. I believe they are Blood Scallops but there are genuinely millions of them, all dead. the birds are not eating them so I presume there is something seriously wrong with them. What do you think?